When the Spanish acquired Louisiana at the end of the French and Indian War in 1763, they inherited a corps of veteran French frontiersmen as well.  One of these Athanase de Mézières, was a forty-five-year-old officer posted to Natchitoches.  When the transition occurred, he resigned from the French army and waited in town to see what developed.

In 1769, Mézières received appointment to serve as Spanish governor in Natchitoches.  Fluent in Latin, Spanish, and several Indian languages besides his native French, he became a highly influential agent among the natives of northeast Texas.  Starting in 1770, Mézières strengthened diplomatic relations with the Wichitas, Caddos, and Tonkawas.

In 1778 Mézières transferred from his command in Natchitoches to serve as a special Indian agent and governor in Texas, now part of the Provincias Internas.   His primary mission was to create an alliance between the Spanish, Comanches, and Wichitas to exterminate the Apaches.  Toward the end of a yearlong effort to forge this coalition, Mézières was serious injured when thrown form his horse.  After a brief rest, he arrived in San Antonio de Béxar but never assumed command of his province.  He died on November 2, 1779. 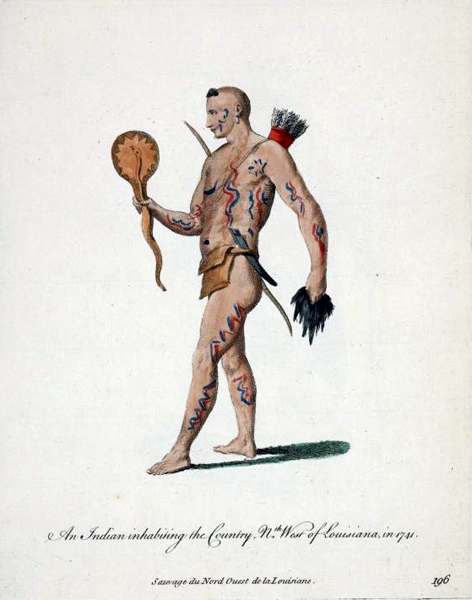 That same year, another Frenchman who would have an important role to play in Texas arrived in Natchitoches.  Thirty-three-year-old gunsmith Pierre “Pedro” Vial arrived at the Red River settlement from the Illinois country, eager to make connections from the upper Mississippi Valley to the interior of Spanish America.   He pushed into Texas, living among the Wichitas until arriving in San Antonio de Béxar in 1784.  Men with Indian experience were always in demand, and Vial soon headed back north to live among the Comanches, helping to broker peace between that nation, the Wichitas, and Spain.

In 1786, Spanish officials commissioned Vial to blaze a trail through Comancheria that would connect Béxar with Santa Fe. Vial deviated from this mission, though, and ended up, once again, among the Wichitas on the Red River.  Following that stream, the Frenchman eventually reached New Mexico in 1787.  Accompanied by Comanche guides, he returned to Béxar via Natchitoches, and then returned once again to Santa Fe.   A map he delivered to Spanish authorities depicted with a great deal of accuracy the territory between the Missouri River, the Mississipi, and the Rocky Mountains.

This ended his direct association with Texas, but, still in Spanish service, he travelled the route that would become the Santa Fe Trail in 1792-1793, passing to and from St. Louis on the Mississippi River.  In 1798 he left New Mexico to live among the Comanches, but once again turned up near St. Louis.  By 1803 he was back in Santa Fe.  The following year, Vial led an attempt to intercept the Lewis and Clark to keep them out of Spanish territory, but missed the Americans by about one hundred miles on the upper Missouri River.  He participated in three more attempts, without success. 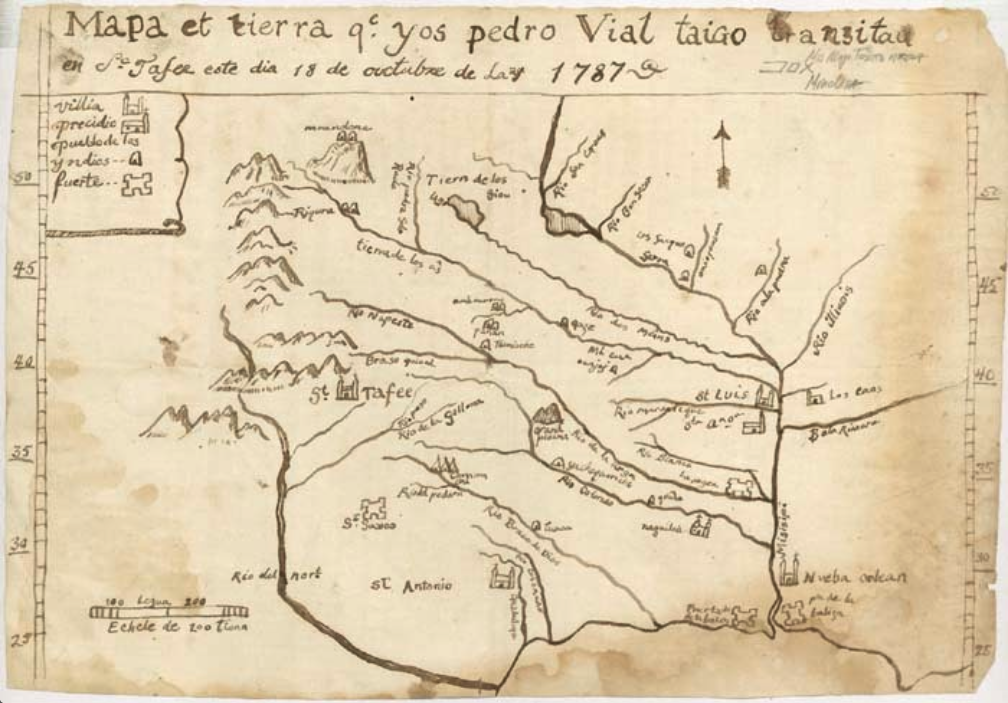 Eventually reconciled to the idea of Americans in the Rocky Mountains, Vial received a license to trap in US territories while also serving as a guide to Spanish authorities in Santa Fe.  “Old Vial” as he came to be known died in 1814 at age sixty-eight, having been perhaps the most widely travelled and important explorer of the Great Plains and trans-Mississippi West in American history.