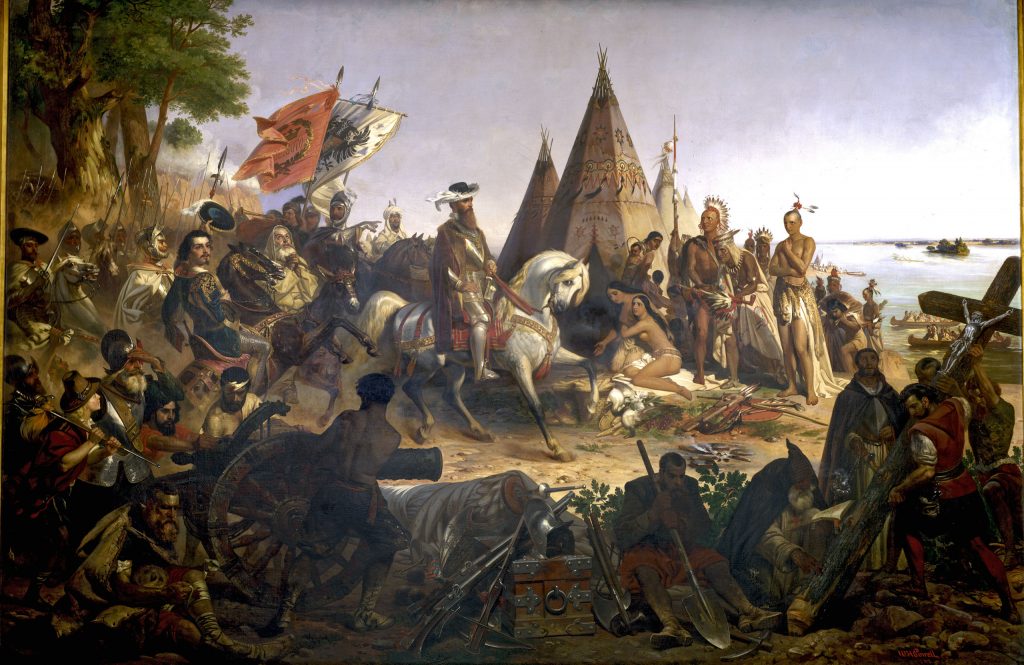 Of the other Spaniards who applied for, and received, licenses to explore into the great northern mystery, Hernando de Soto is of particular note.

Hernando de Soto, a native of Extremadura, was a veteran of the conquest of Central America and the campaigns against the Inca Empire and had returned to Spain fabulously wealthy by 1536. Building upon the reports of explorer Juan Ponce de León and Álvar Núñez Cabeza de Vaca, de Soto sought the great empire of the Appallachee, rumored to be full of fabulous wealth.